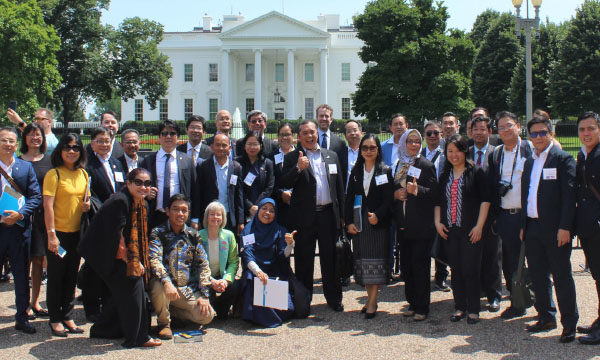 To inaugurate the U.S.-ASEAN Smart Cities Partnership (USASCP), 30 officials from each of cities in the ASEAN Smart City Network (ASCN) visited the United States to participate in a series of smart city related events. Participants  learned about global best practices, met with U.S. government and private sector experts, and visited U.S. cities that have successfully implemented smart city solutions. Data gathered during the July program are being used to build out future USASCP programming.

This kick-off series of events is an example of how the USASCP will help ASEAN and the U.S. jointly address the challenges of rapid urbanization across a range of  smart city topics and sectors, including connectivity, best practices, transportation, water, and delivery of city services, taking into account the ASEAN Smart Cities Framework and drawing upon individual Smart City Action Plans (SCAPs) to inform specific programming and activities.

The second event was the Global City Teams Challenge Smart and Secure Cities and Communities Challenge Expo (GCTC/SC3 Expo), which brings together more than 160 cities and communities around the world to learn from each other’s experiences and from smart city innovators.

The third event was a study tour organized under the U.S. Department of State’s International Visitor Leadership Program (ILVP). In an IVLP on Demand, participants traveled to other U.S. cities to learn firsthand about the experiences of their counterparts – their successes and challenges in implementing SMART strategies and technologies.