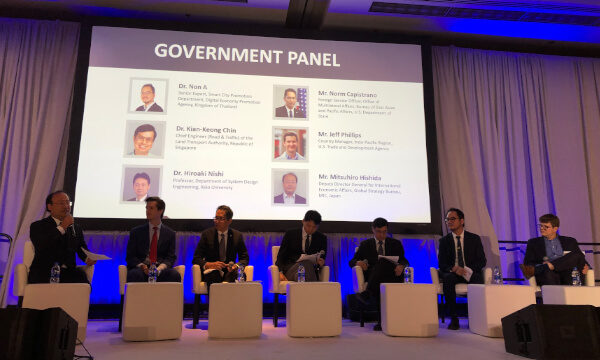 Emerging Collaborations with the Indo-Pacific

Organized by the Ministry of Internal Affairs and Communications, Japan

This event will focus on the best possible way towards global collaboration for smart cities deployment, which could bring benefits to citizens and society. After keynote speeches, the panel discussions will talk about the role of governments including local governments, the importance of Public-Private Partnership for promoting smart cities with the participation of governments, industries and ASEAN countries. The panel also introduces smart city initiatives by ASEAN including ASEAN Smart City Network (ASCN) and discuss possibilities of cooperation among Japan, the United States and ASEAN.

We plan to have a networking reception for all participants with Japanese food. Please enjoy Sushi!

For further information please reach out to Embassy of Japan.